This was the first year when tinyMovieStar was, somewhat, aware of the whole Christmas time. Not the religious part, of course, but the other one, the Santa and presents, the decorations, the excessive eating, the late nights, and extended family always around. 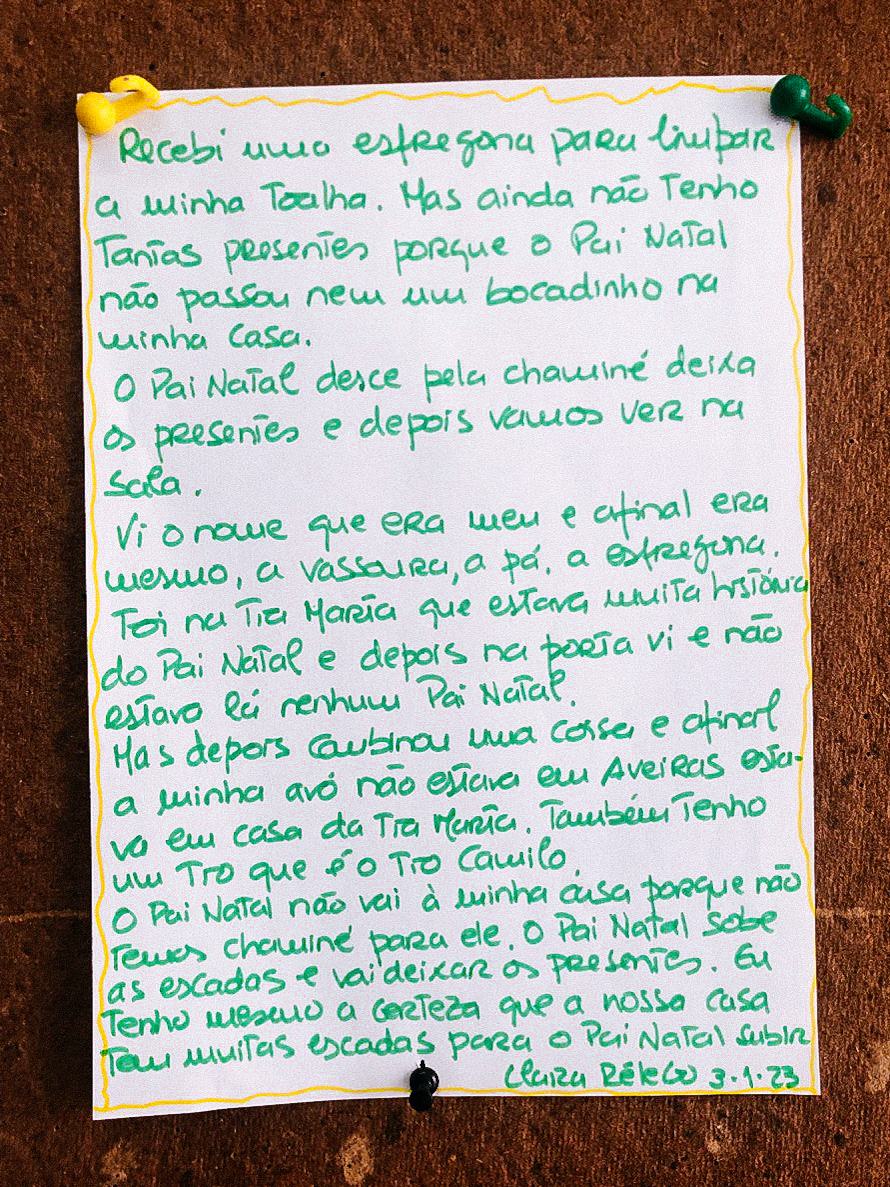 When she got back to kindergarten, the teachers did something they do with kids this age, and ask them about their Christmas, writing down what they say, and then getting their side of the story up on the wall.

I will not translate the whole thing, but she opens with

I got a mop to clean my towel. But I don’t have that many presents because Santa didn’t come by my house, not even for a little while.

She did in fact get some presents, and others were taken to both my parents and my in-laws, at great personal pain, I might add, since I was the one lugging the huge bag around. We got to a point where she was so overwhelmed by the amount of stuff with her name on it, that we even decided to save a few for a later date.

Santa comes down the chimney, leaves the presents, and then we go into the living room to see them.

I saw a name that was my name, and it really was, a mop, a shovel, and a broom.

SO many toys, clothes, and other stuff, and these are the ones she remembers. I spent an hour assembling a fruit stand, one we use daily to play, and she comes back to a broom she never used. Not once. She got a tent, for crying out loud! A big one, that we now have in our living room, where she spends time every single day. But that broom, and that mop…

A few words about family, finding her grandmother at her uncle’s place, and she ends with

Santa does not come to our place because we don’t have a chimney for him. Santa will go up the stairs and leave the presents. I am absolutely sure Santa has a lot of stairs to climb at our place.

We live on the first floor!