Adam, bless him, keeps coming up with awesome toys.

With all the things he has launched so far, of course he needed a monitor to keep an eye on everything. Obviously, he came up with broke.lol. It looks great, so I asked about the requirements to have it running for my own domains.

Adam, always quick as a fox, couldn’t just tell me no, or write a quick tutorial. No. He open sourced his monitor, while setting up his Christmas decorations.

I’ve been, happily, using updown.io to monitor the growing collection of websites I own, but this was too good to miss. I had to do it.

How? I’d never done anything similar, but it didn’t look too complicated. I was wrong.

I needed something to wind down from the Christmas stress, and had one domain still unused, so why no have a go?

It’s not overly complicated, but enough to take a couple of hours on the phone, and I did struggle with some parts, where I should have done WAY better.

There are two ways of going about it, as far as my research went: either set up a server somewhere, or just go for a simple hosting somewhere else. My consultants felt the same yay (Thanks @vincentritter and @robb!)

Server option is trickier, since I’d have to literally set everything up, and make sure it stayed that way. Hosting could be cheaper, and a little less stressful with maintenance.

Cost is also a consideration, and a big one, since this is something I don’t really need, and I’m already paying for a solution that works pretty nice. I can also use the money to pay for the actual sites that I’m monitoring!

I found a hosting company, Host Koala, that has a cheap plan, $10 for 6 months. About 2 months of Hetzner. Ok, not bad.

Next, get the nameserver settings for the domain pointing at the right place. Porkbun rules, so that was easy. 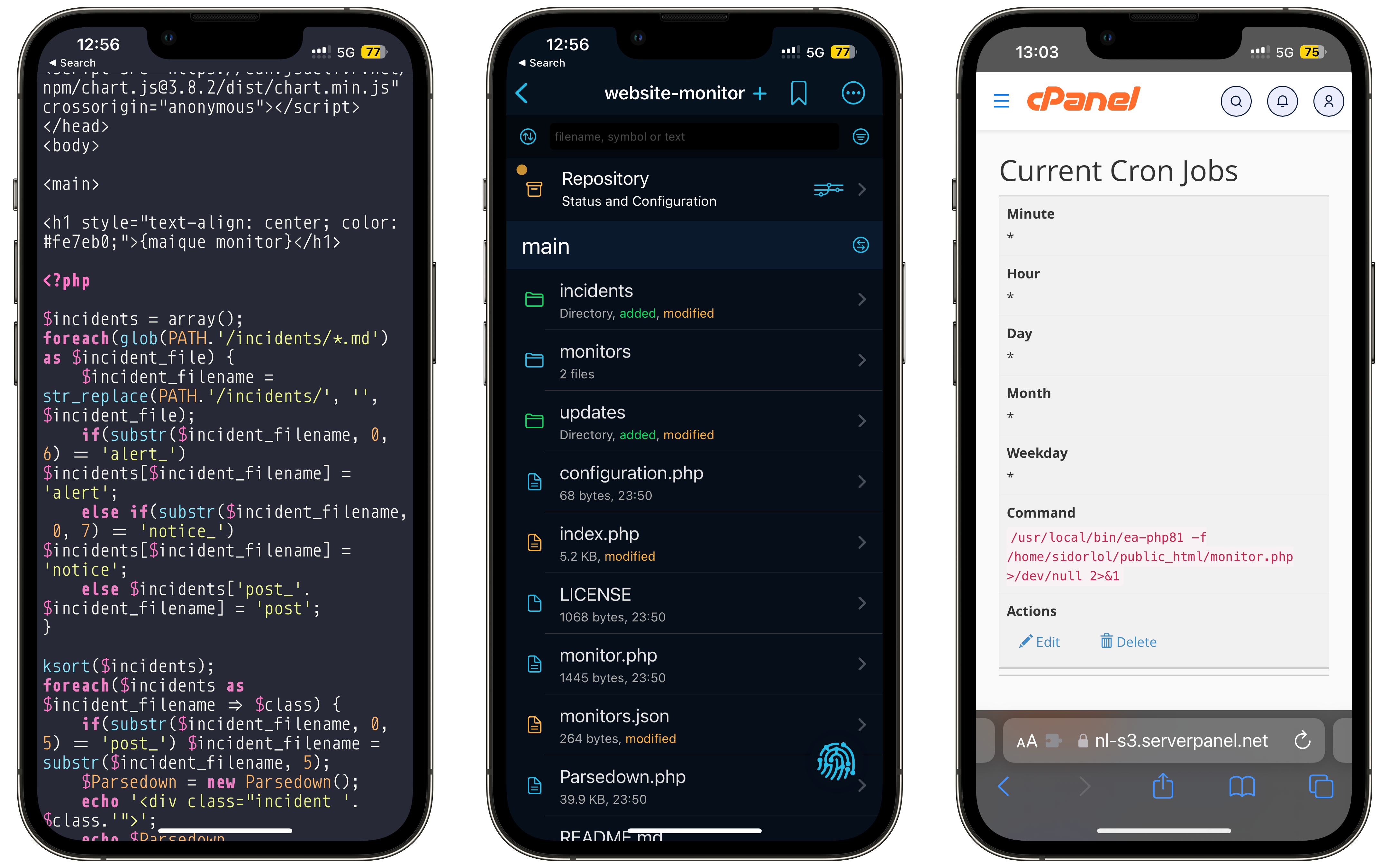 Downloaded the GitHub repo with Working Copy, edited the files with Runestone, and the old copy of Transmit I still keep around failed to FTP everything to the server. Bummer.

(Question: is there a good FTP client for the iPhone these days?? Probably not as good/good looking as Transmit, but…)

So… drag and drop all the files from Files.app to the Safari window. cPanel and web ftp on tiny Safari are not fun! At all.

Next came the silly thing of setting up the cronjob, and that was a first for me. Never done it before, and have no idea what we’re talking about. It took me forever to realize that “path/to/” on Adam’s readme actually meant the path to MY damn script! Duh!

Next: SSL. Where the hell are those set in cPanel? A bit later, I was done with that part too.

In the end, at around 2AM, I typed the url into the browser tab, hit return, and… presto! It worked! 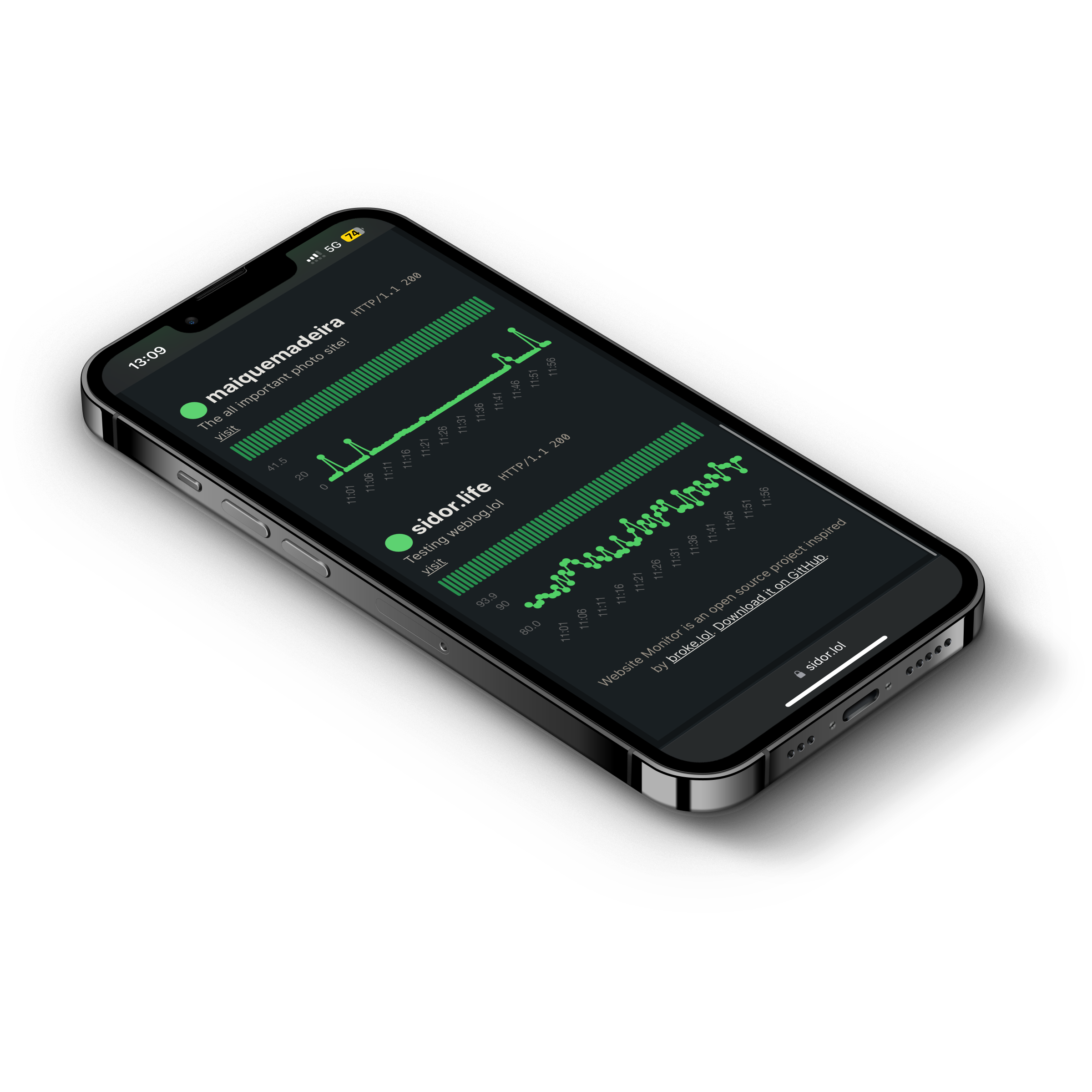 Not 100% ready, but it’s there. I’ll deal with further tweaking later.

Update: in the meantime I found WebSSH, a lovely, and simple, ssh app, with ftp thrown in. It does the job, with file editing a tap away.

Funny thing is, even though I didn’t need it, I upgraded to Pro, without thinking too much about it. It works fine in the free version, but the developer seems rather nice and updating the app regularly.

Yesterday I spent a day thinking if I should pay almost as much for 6-months hosting of the site. Today it took me 30 minutes to do this.