My in-laws have moved back to their hometown, a village outside Lisbon, maybe an hour away if one drives slow enough. We have been going there weekly for a while now. It’s a great place to spend the weekend, and see the family. The house is always full of people, food and drinks, and good times are guaranteed. 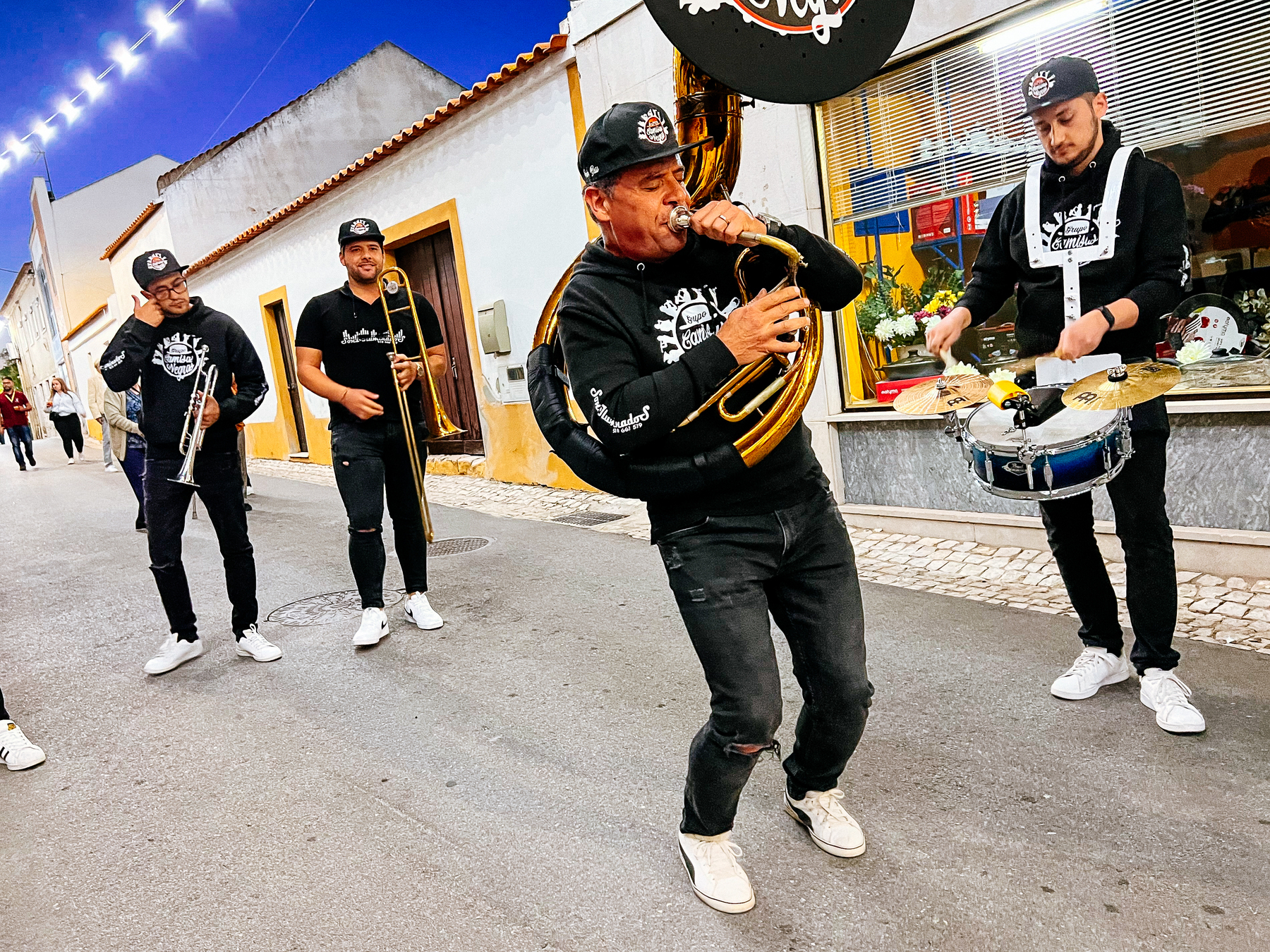 This weekend it was a little (a LOT) different. The party level increased exponentially. 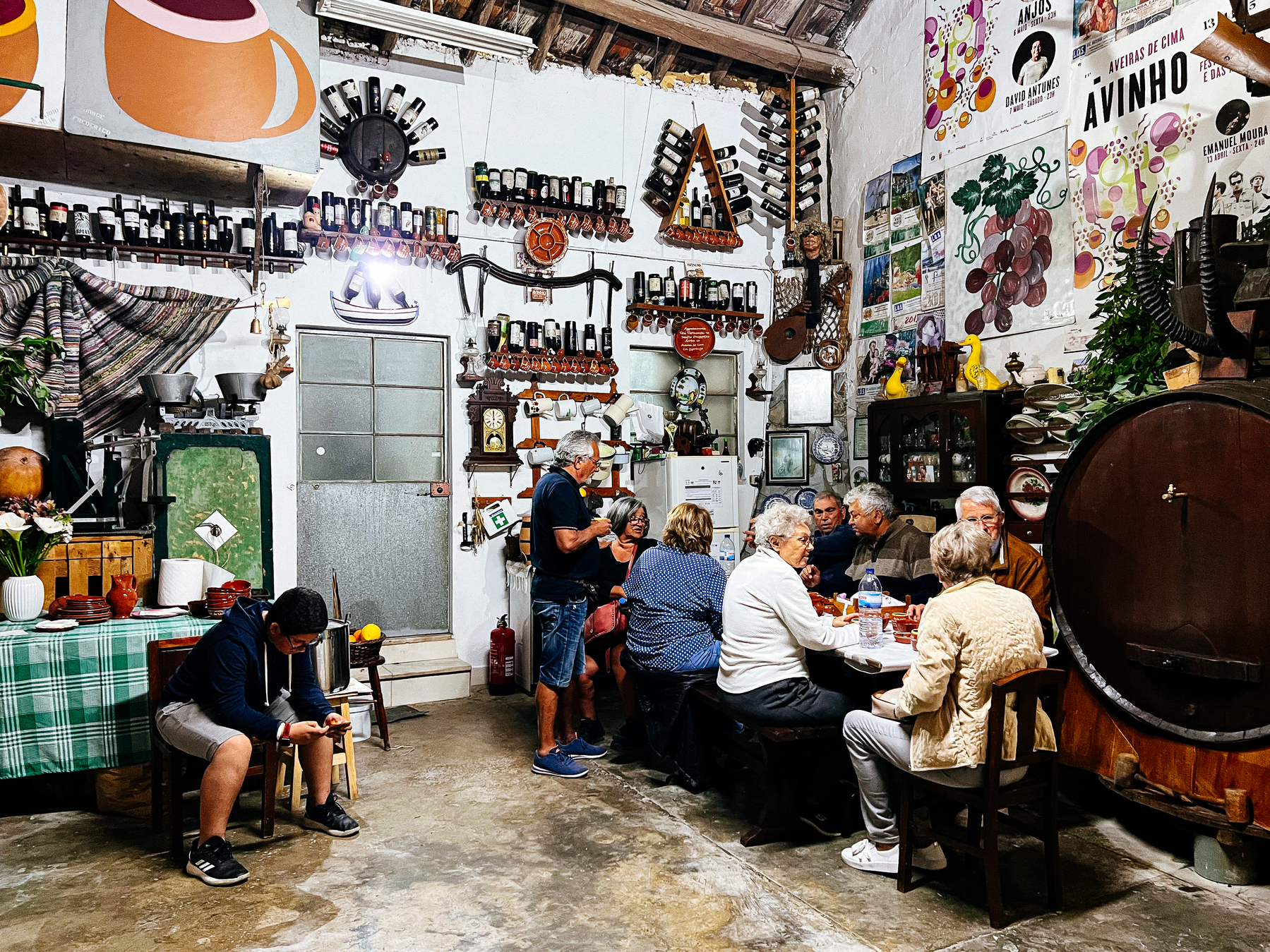 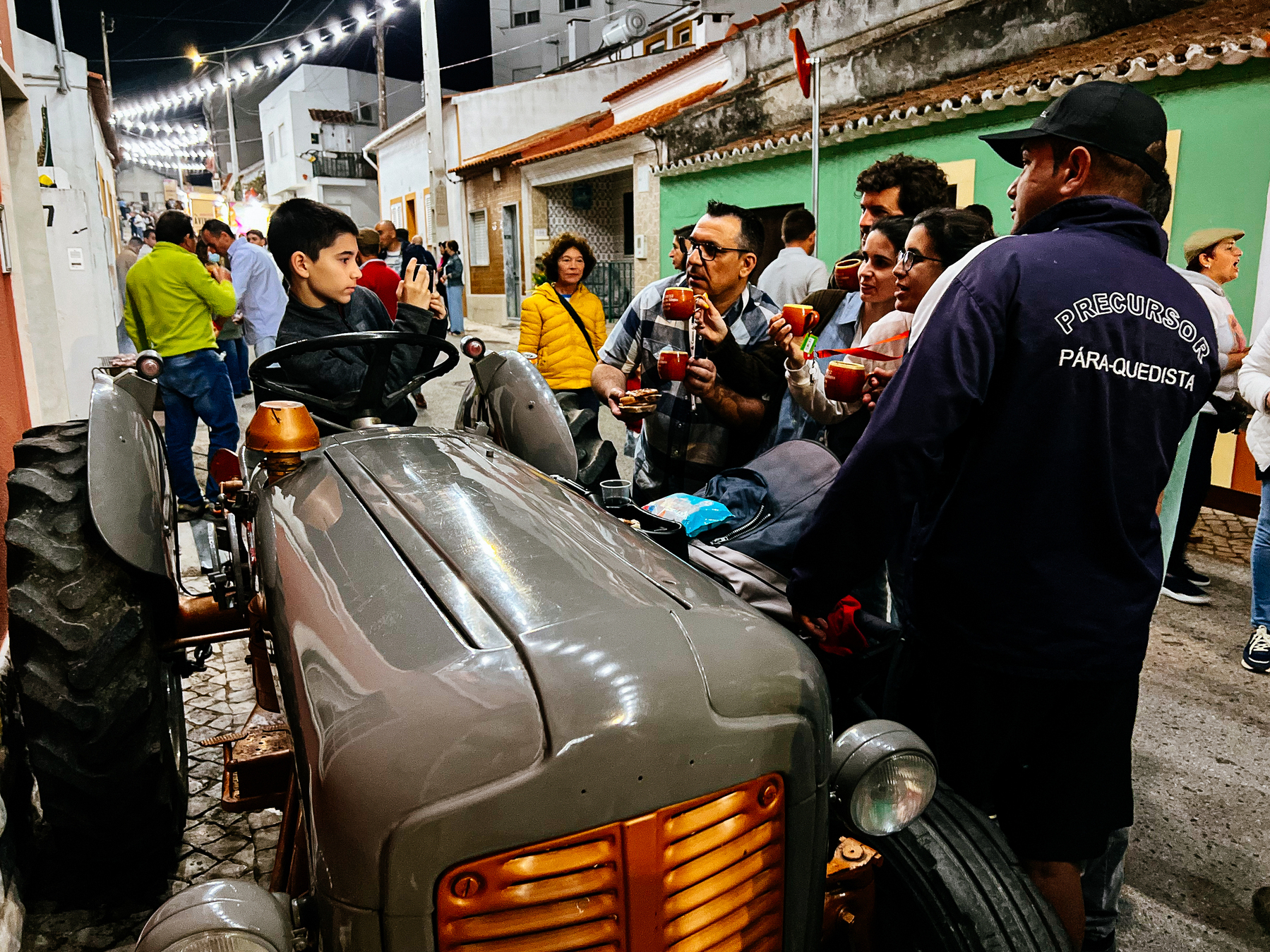 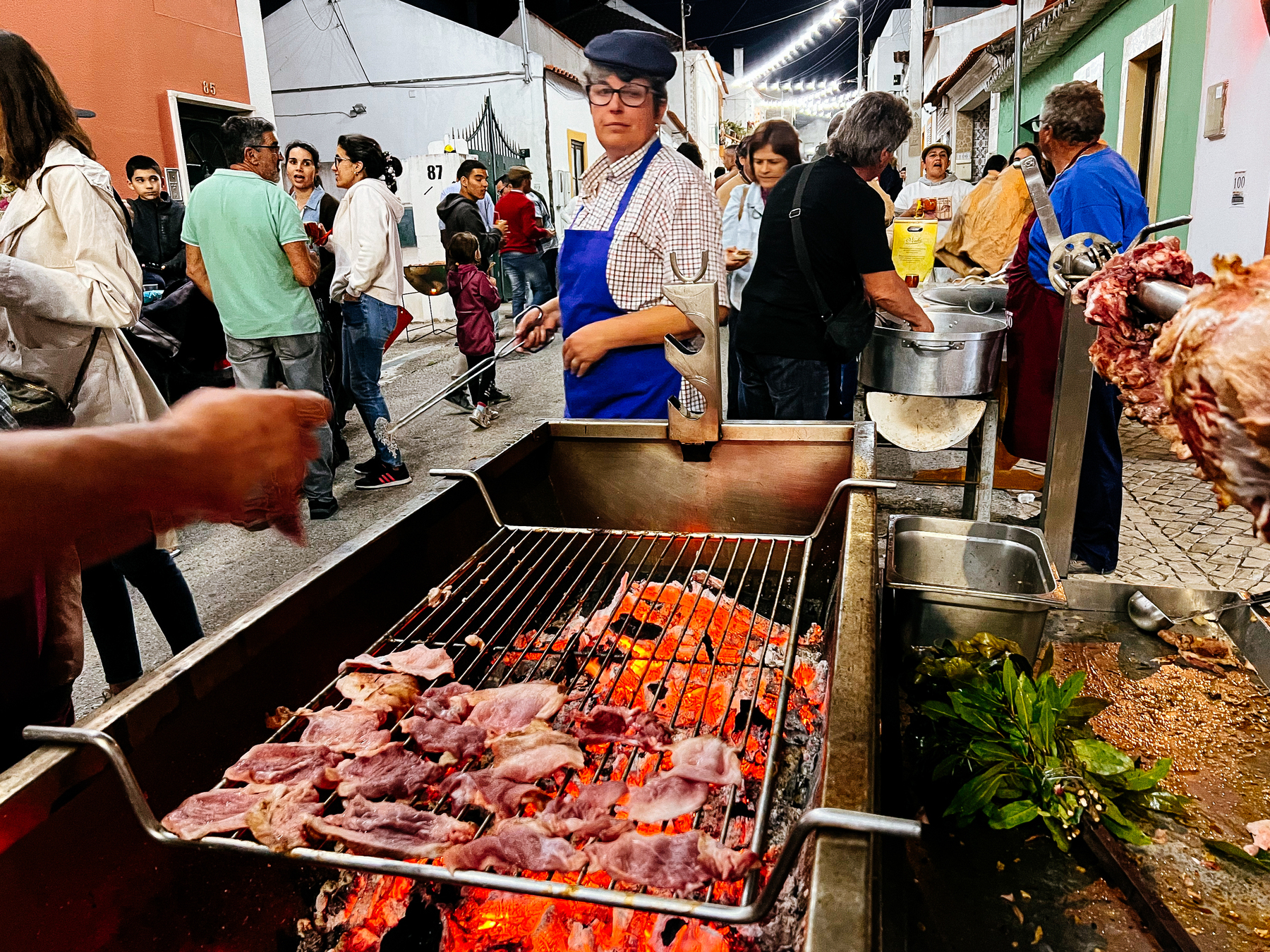 This village is, as so many others in the land, wine country. Lots of small producers around. Every year all of them get together and throw a big party. One that lasts three days, where you go around trying their new wines, and eating. For free. Barbecues are set up on the streets, you just grab a piece of meat, slap it on some bread, and eat it with a glass of wine. Walk a little, go into another cellar, drink and eat a little more. Repeat. For three days! 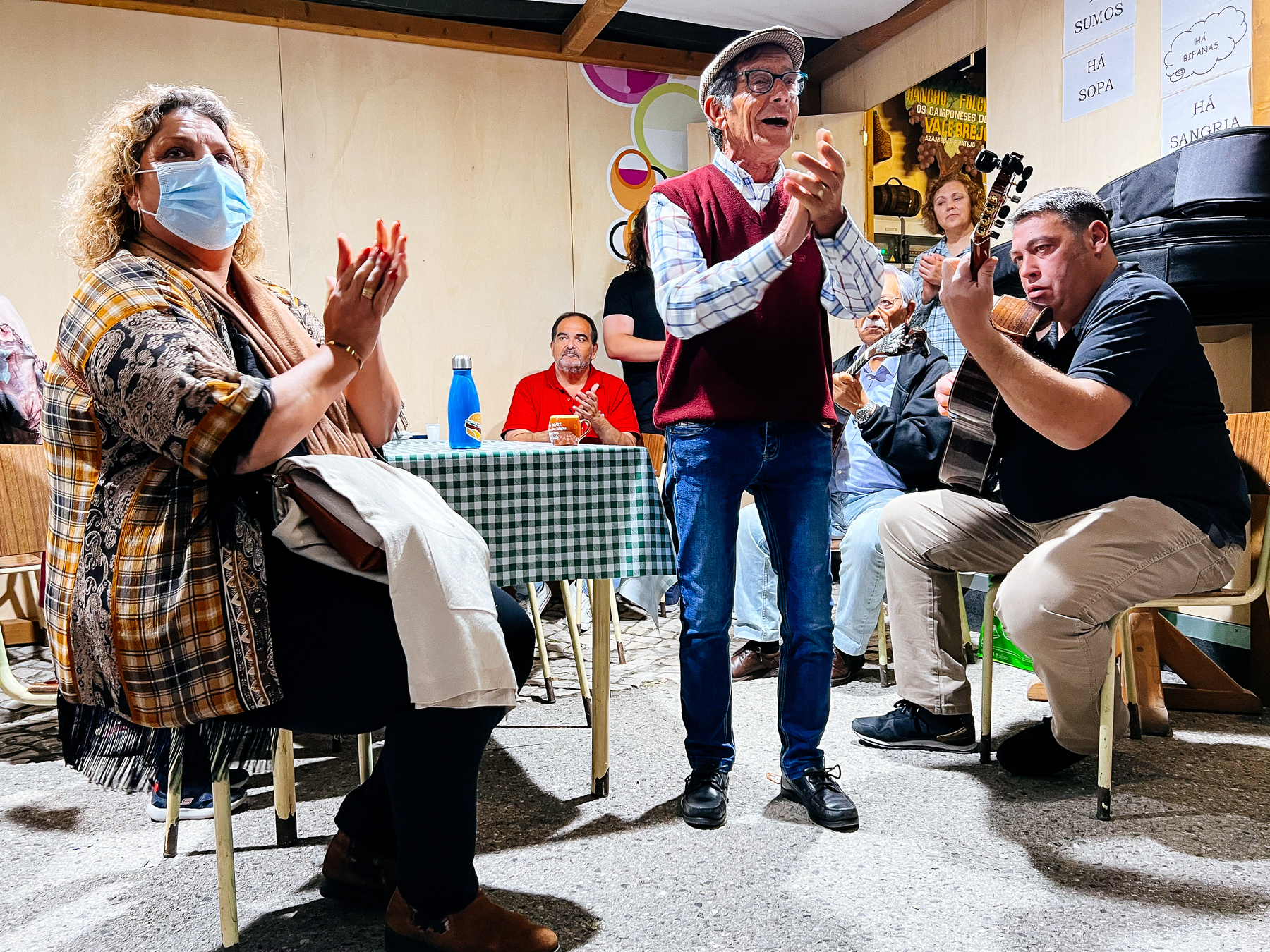 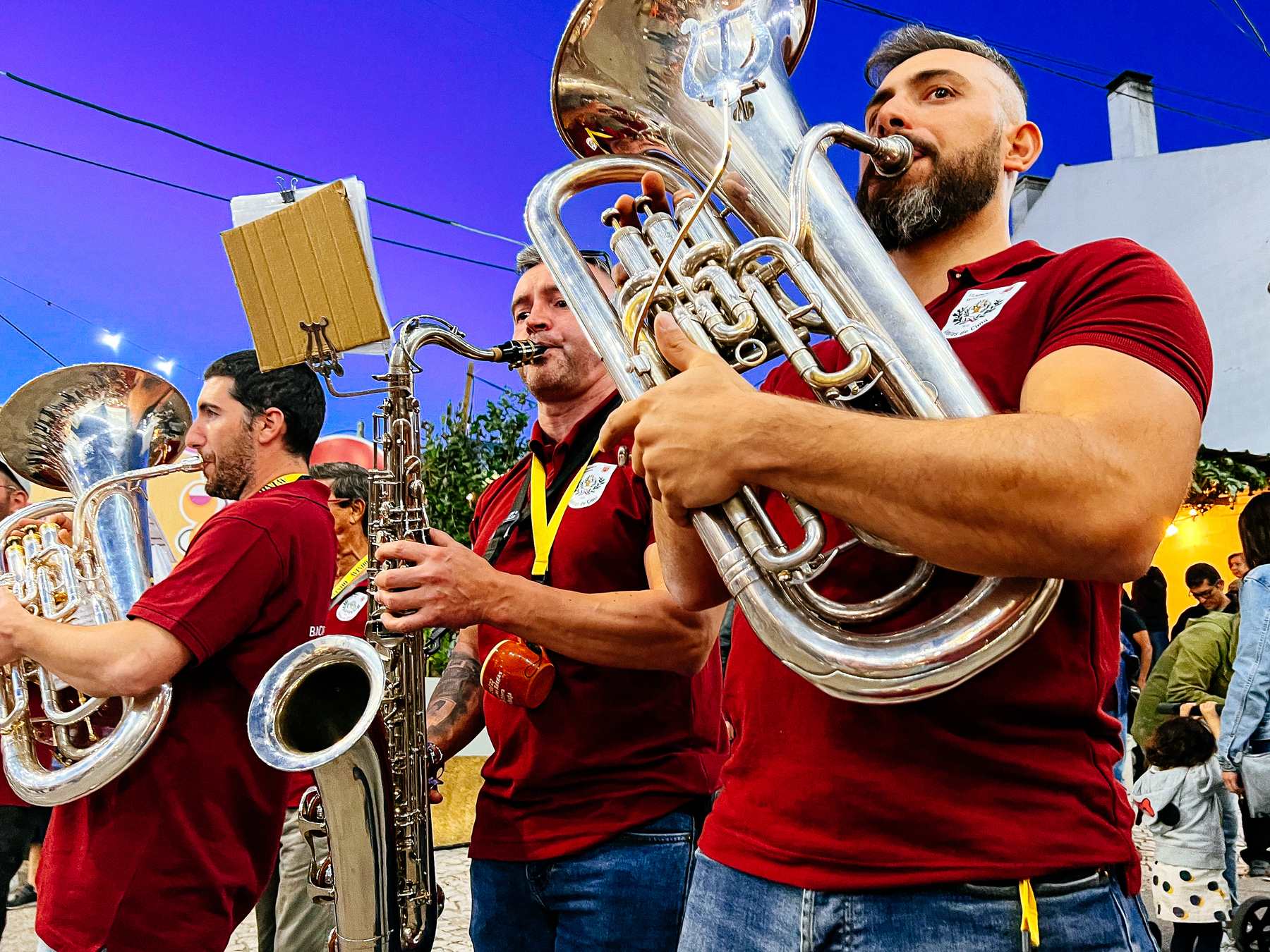 There’s also music. Three brass bands doing the rounds, loudly. When they meet one of the others, a music battle happens, and then they move on.

And, once a day, a big concert close to midnight. Lucky us, the band that was playing the first night, the night when we attended, was a band we know. A band I was privileged to meet over a decade ago, in what was one of the most epic trips I’ve taken.

Let’s go back a decade now, and talk Brazil.

Brazil had never been on my plans. I’m not a huge fan, as so many of my countrymen, of their music, food, beaches, and culture in general. The country is also known for a high crime rate. Not somewhere I’d go to on my own dime. 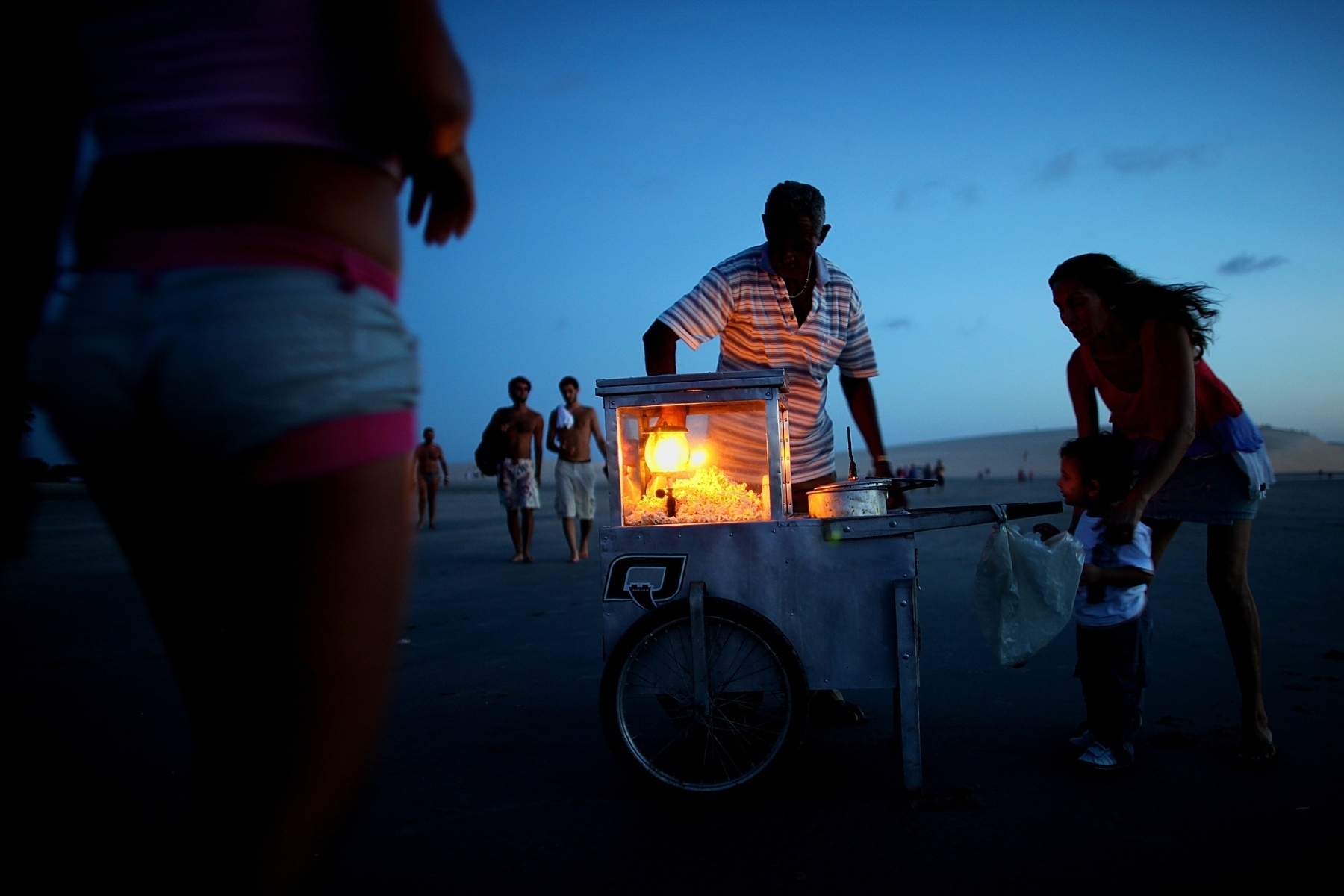 At that time the newspaper got an invite to travel there, as part of a trip put together by one of their tourism boards. The idea was to showcase their state to us, and hope we’d love it and share the news with our readers.

They invited other outlets as well, and had also arranged a pair of ambassadors. They were musicians, and brothers, and would help persuade some of the media to join the adventure. Their music was not one I’d listen to, but everyone talked about their professionalism, and how nice they were. They were BIG by then already. I was curious.

And, I’m happy to say, we got along brilliantly from the start. 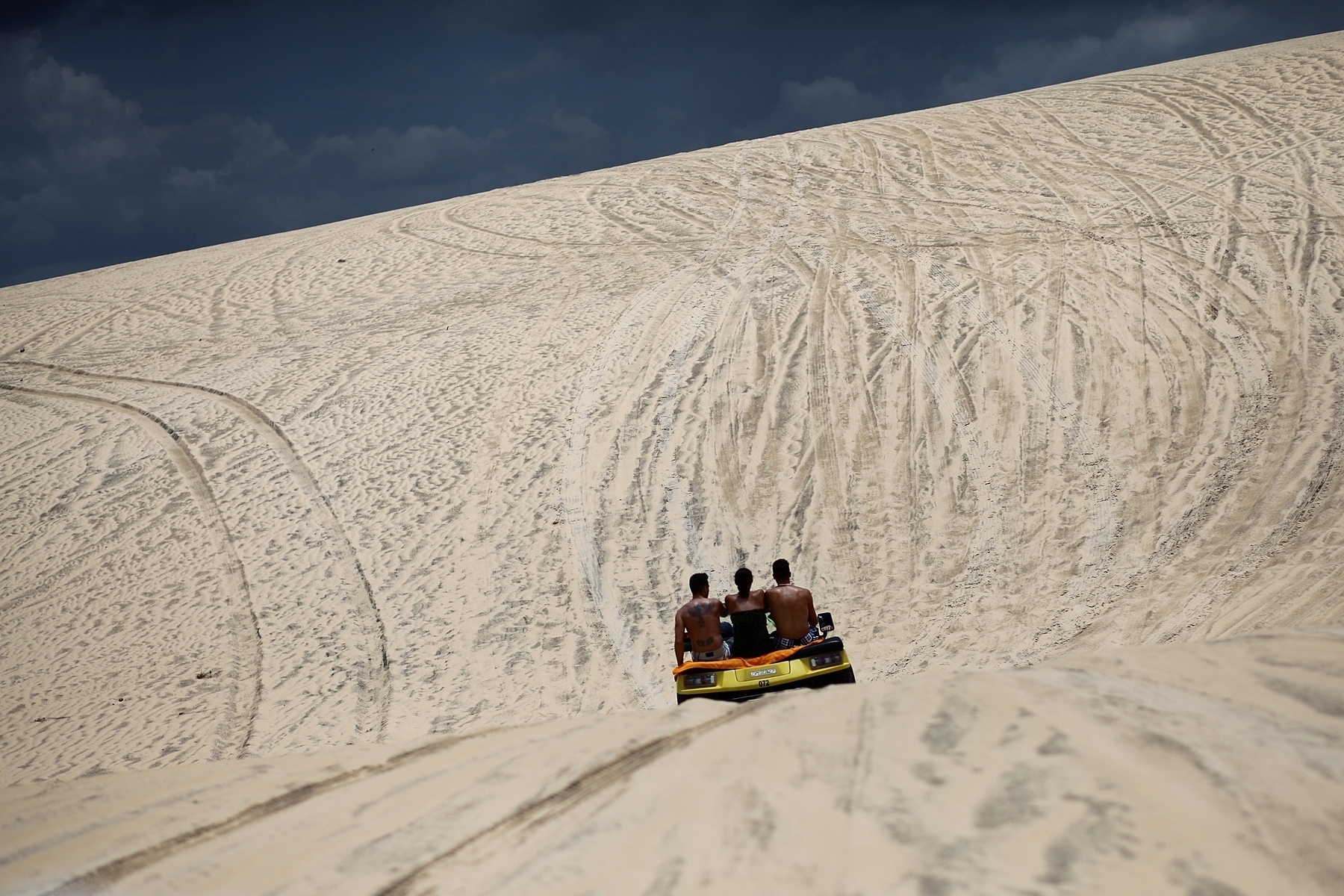 The state that invited us was Ceará, and we spent around 10 days going to the nicest places they had to offer. Beaches, dunes, lakes, palm trees, a lot of bbq everywhere, and caipirinhas to help everything go down. It was a dream trip, and we loved it.

Luck had it I turned 40 during our time there, and the band decided to celebrate that, along with everyone else. They got a cake, and sang Happy Birthday, as one does. I was grateful, and thanked them. We’d met a couple of days ago and, even though we were getting along so well, they didn’t have to go to all the trouble of finding a cake in the middle of nowhere. 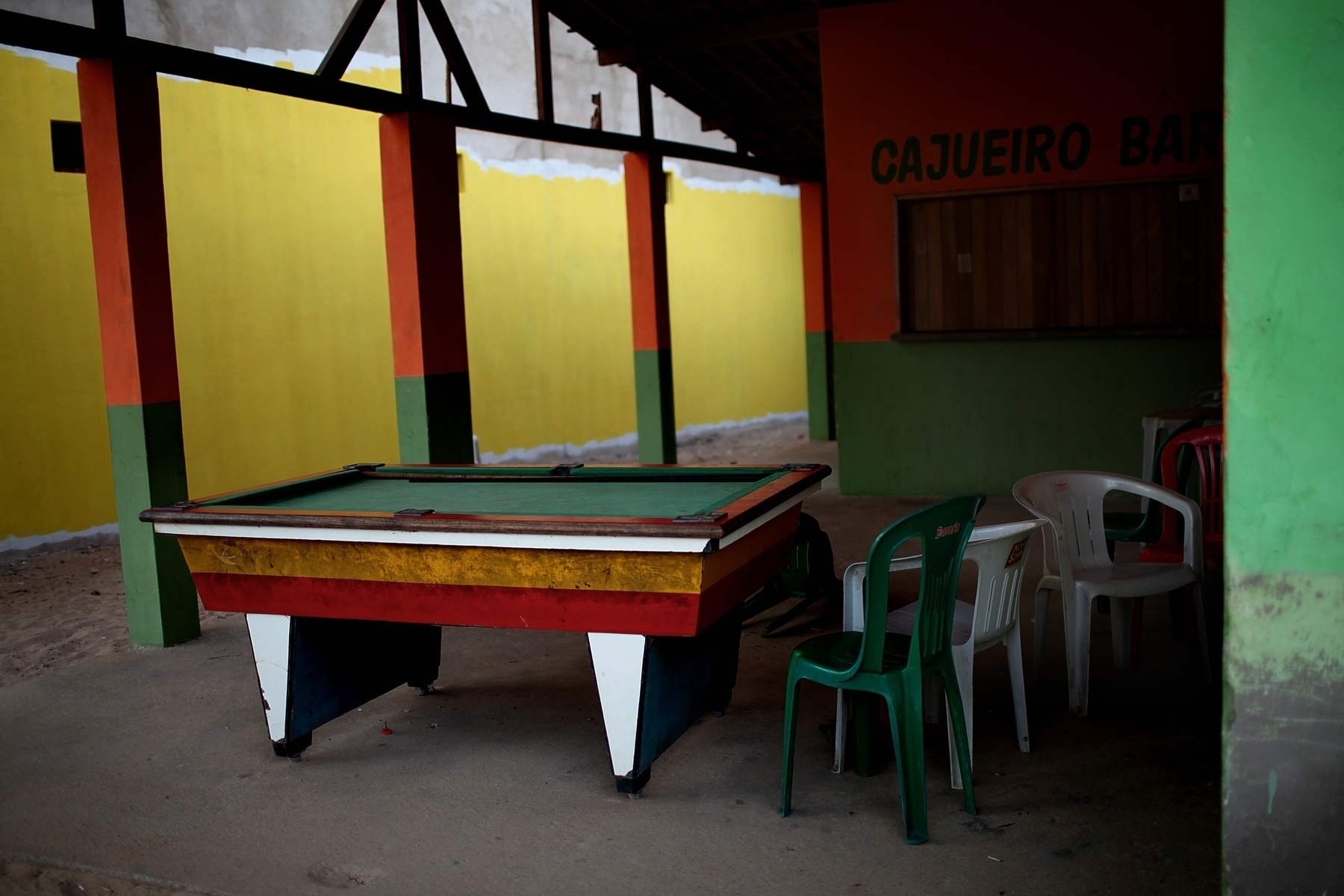 And then the next day came, we moved to another, smaller, town. The trip was brilliant, with the Land Rovers on top of barges, crossing lakes, like being in a Nat Geo documentary. Dinner came at the end of that exciting day and, suddenly, Happy Birthday was on again. And another cake had materialized.

My first thought was about the coincidence, someone had a birthday next to me. Surprise, the birthday party was mine. Again! They were crazy! 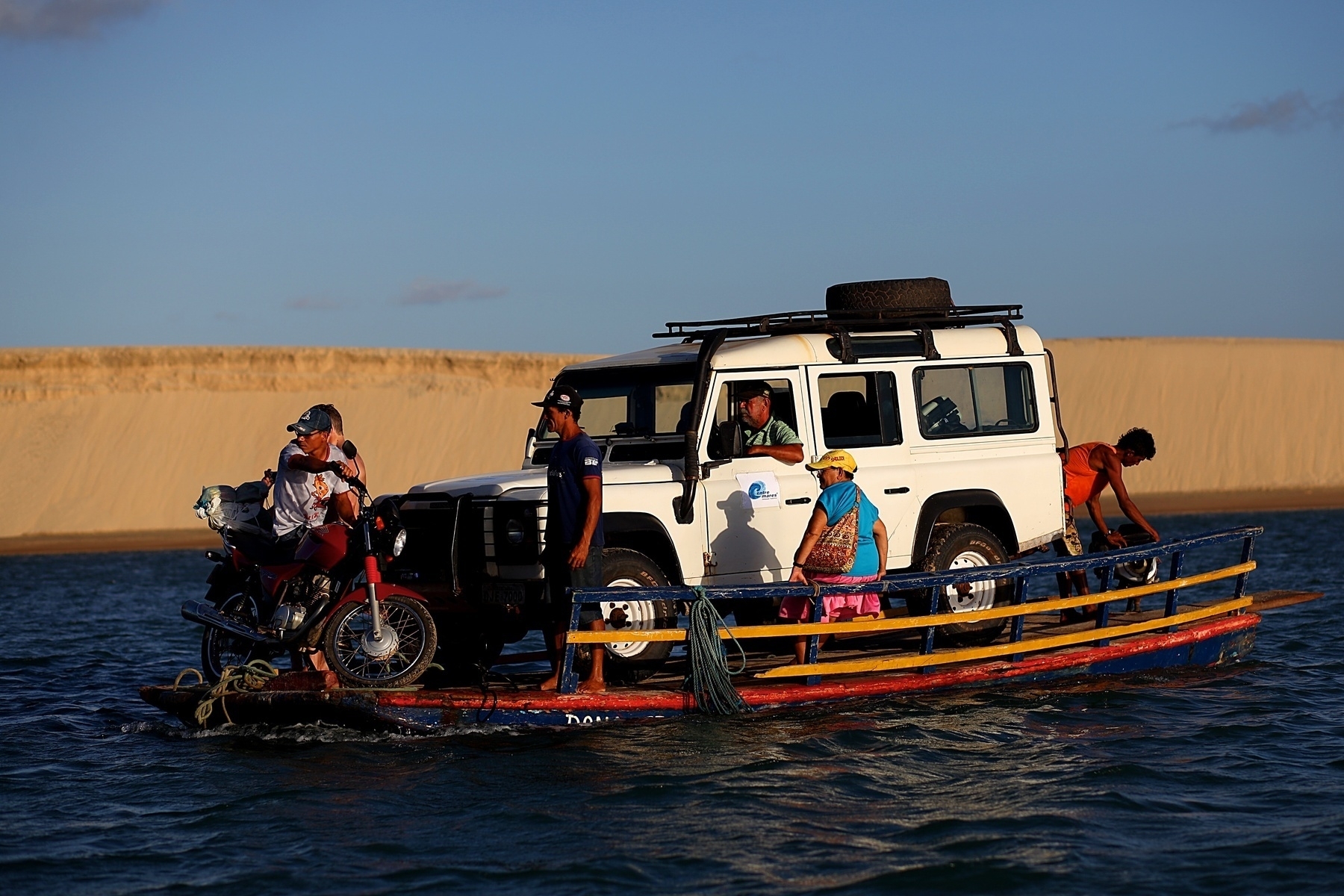 I’ll cut the story a bit shorter, and move on: we had a birthday party every single day until we returned. Seven birthday parties. Seven cakes. Some were not even proper cakes, as no baker could be found. One of them was made of rice, a bowl of rice with a candle on top!

They sang, we all drank, and had a great time. 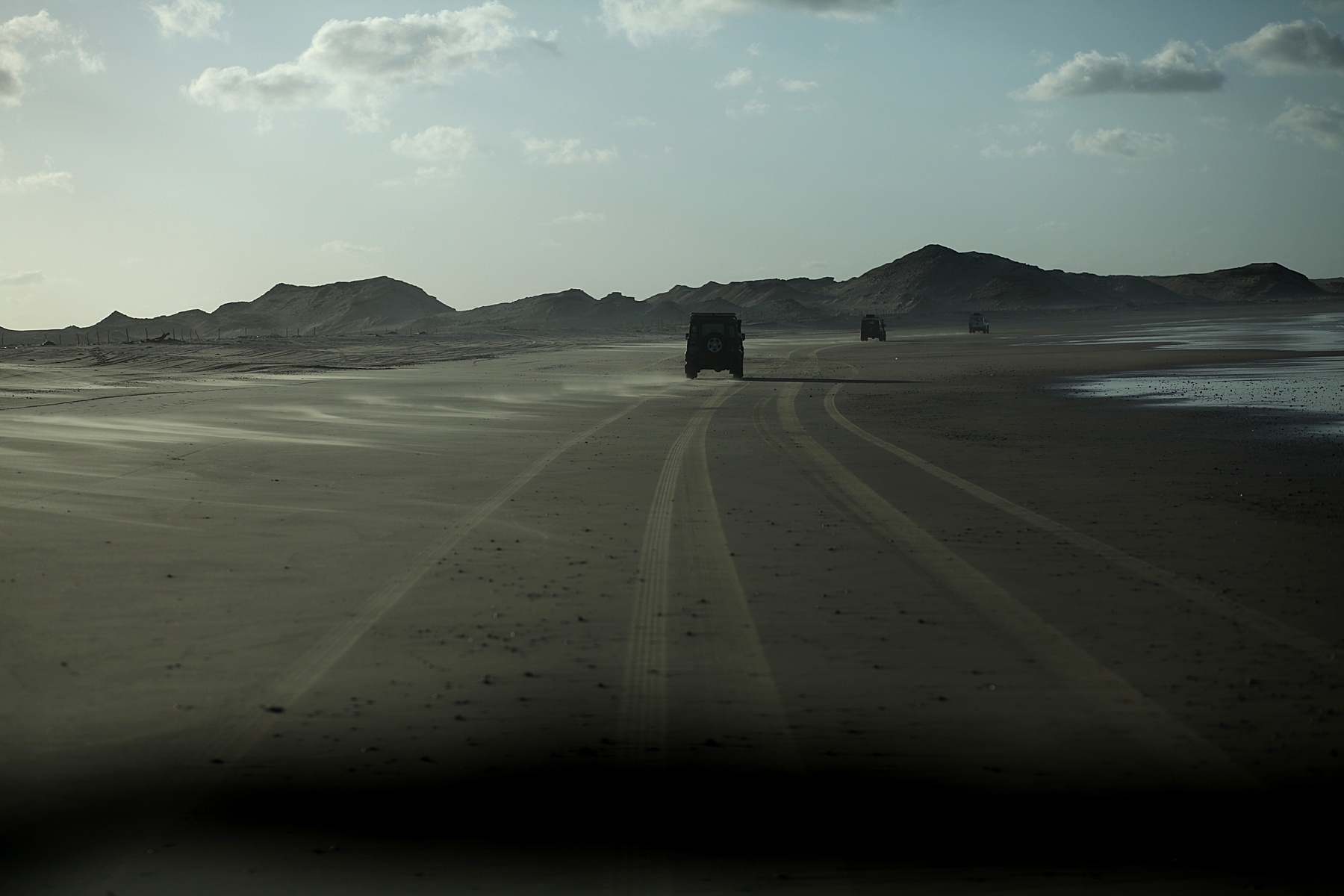 We came back home, with promises being made about a dinner that would happen in the near future, as one does on these trips. I never thought it would happen, and told them I would only be present if we could have dinner barefoot, as we’d done most days in Brazil, with our feet on the sand.

A month or so later a date was set, and I was, again, surprised. We would have dinner after all, the whole gang, but the place was not on the beach. A Brazilian restaurant, true, but not on the beach.

We had spent such a great time, with hours of interesting conversation, finding common ground on so many issues, and feeling blessed that all of us could make a living out of our passions. I could not miss the dinner, so drove over to the restaurant and was ready for a lovely evening of party. 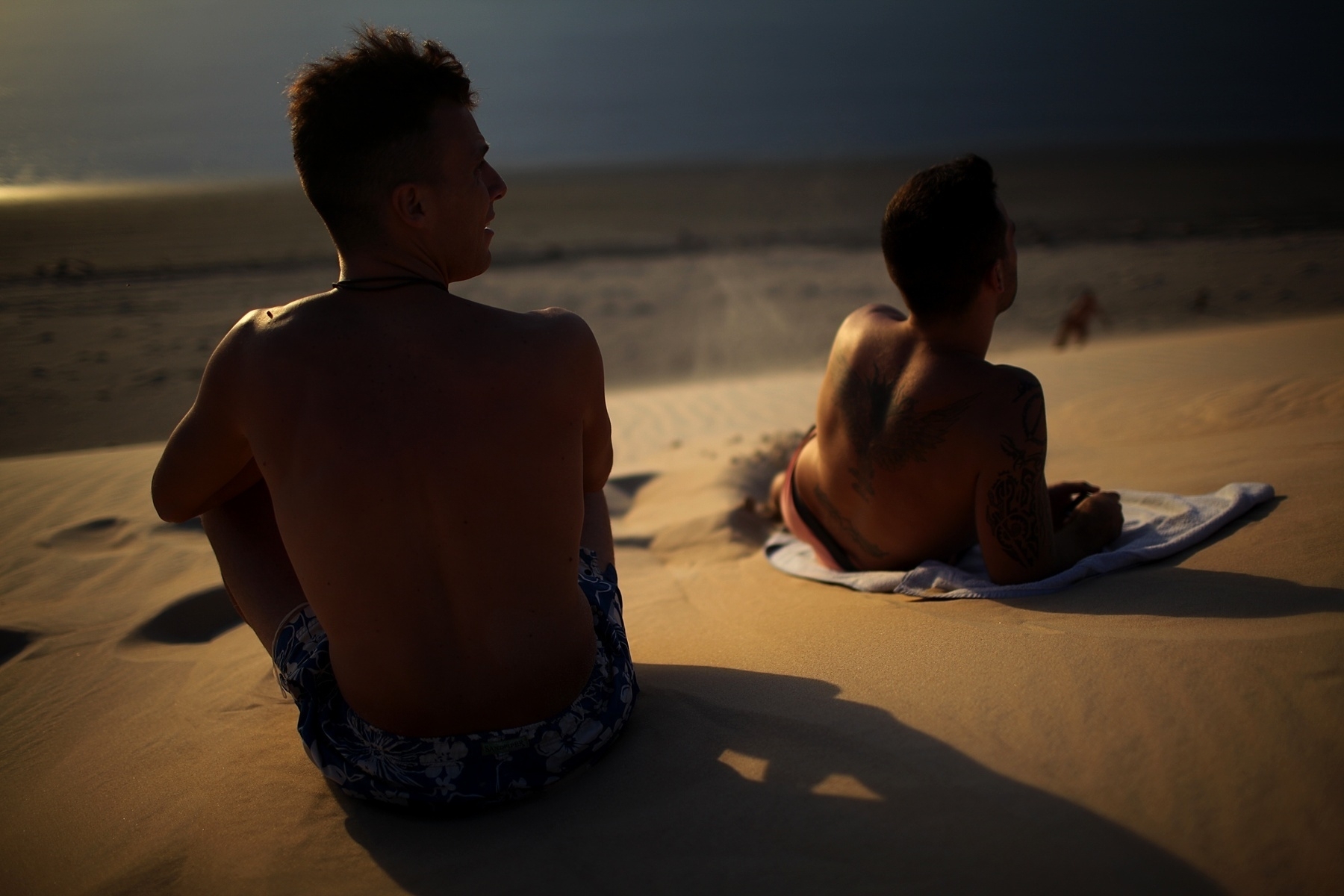 One of them showed up, I was smoking a cigarette outside, and I jokingly said I was a little sad and disappointed that I had to wear shoes, and no sand was in sight. He apologized, said they were extra busy with concerts and the venue was practical for them, not far from their home. He went in, and I did the same when the cigarette was done.

Went to my chair, pulled it, and there was a box on the floor. A shoe box. Hmmmm… Curious, I opened the box, and it was filled with sand. That’s when I broke down, laughing and crying at the same time. They were looking at me, laughing their hearts out, and then the music started. What was the music? Happy. Freaking. Birthday. With a side of cake!

It’s still one of the sweetest things anyone has ever done for me, and I will never forget them. At the time I promised them I would go to one of their shows.

It took me 11 years to get there, but I finally watched one of their concerts. It was also the first one tinyMovieStar went to, and she LOVES one of their songs, and sang along a part of it. She’s two, and she already knows their music!

I sent them a message the day before, letting them know I’d be there. The place was packed, and the little one didn’t make it to the end of show. We took her home to sleep, and I went back to the concert. They spotted me in the middle of the crowd, while singing, and motioned me to meet them backstage.

And I did. I had to tell them I was a fan, their fan, as people, and let them know about the little one, and how important they had been, and are, all those years after we met. 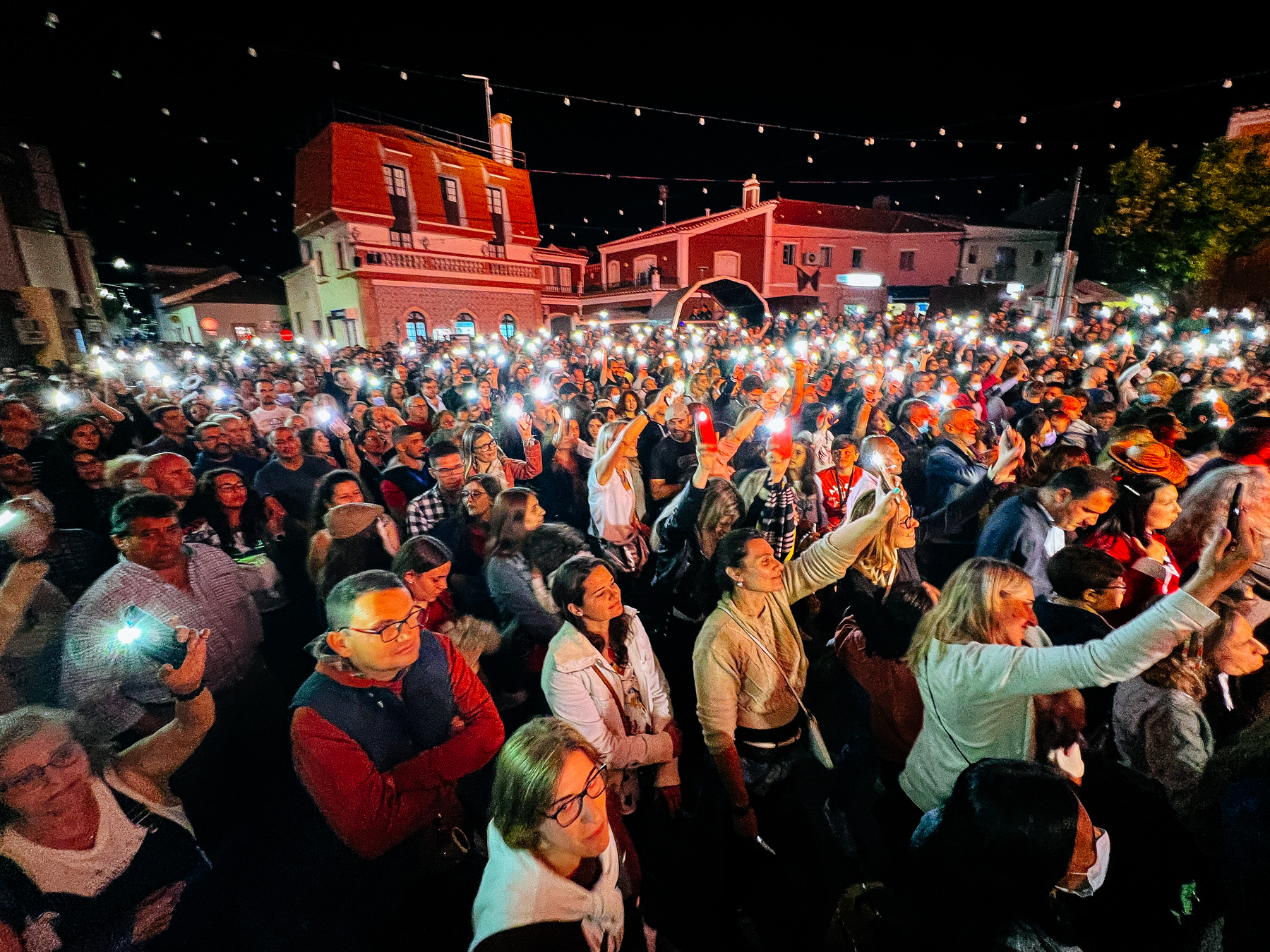 We hugged, and talked a little, and then I left. We all needed to sleep, it was close to 2AM. Hopefully it won’t take another decade before we meet again.