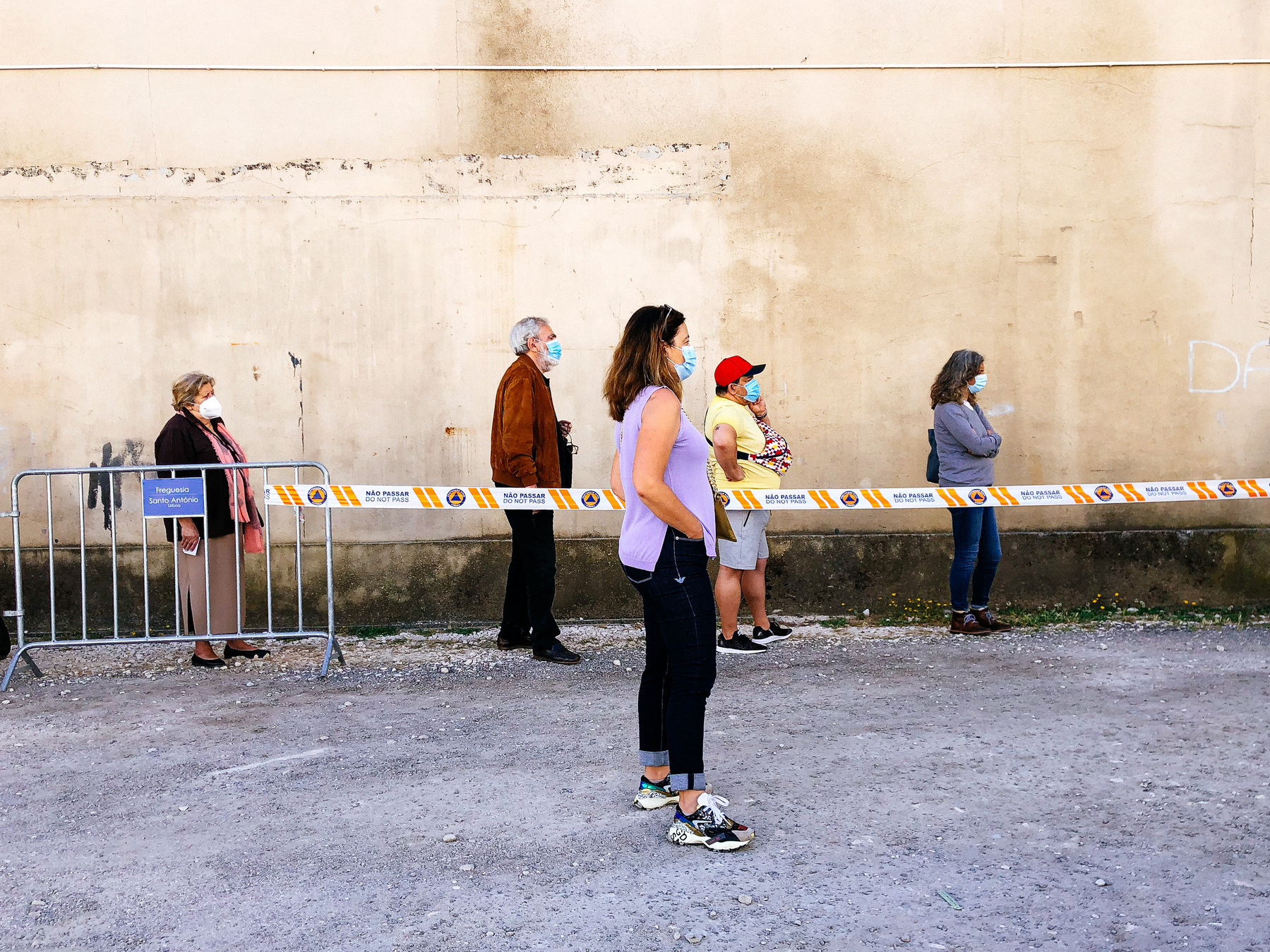 I had my appointment scheduled for 09:51AM and, sticking to my habits, arrived at the designated center 15 minutes earlier than that. 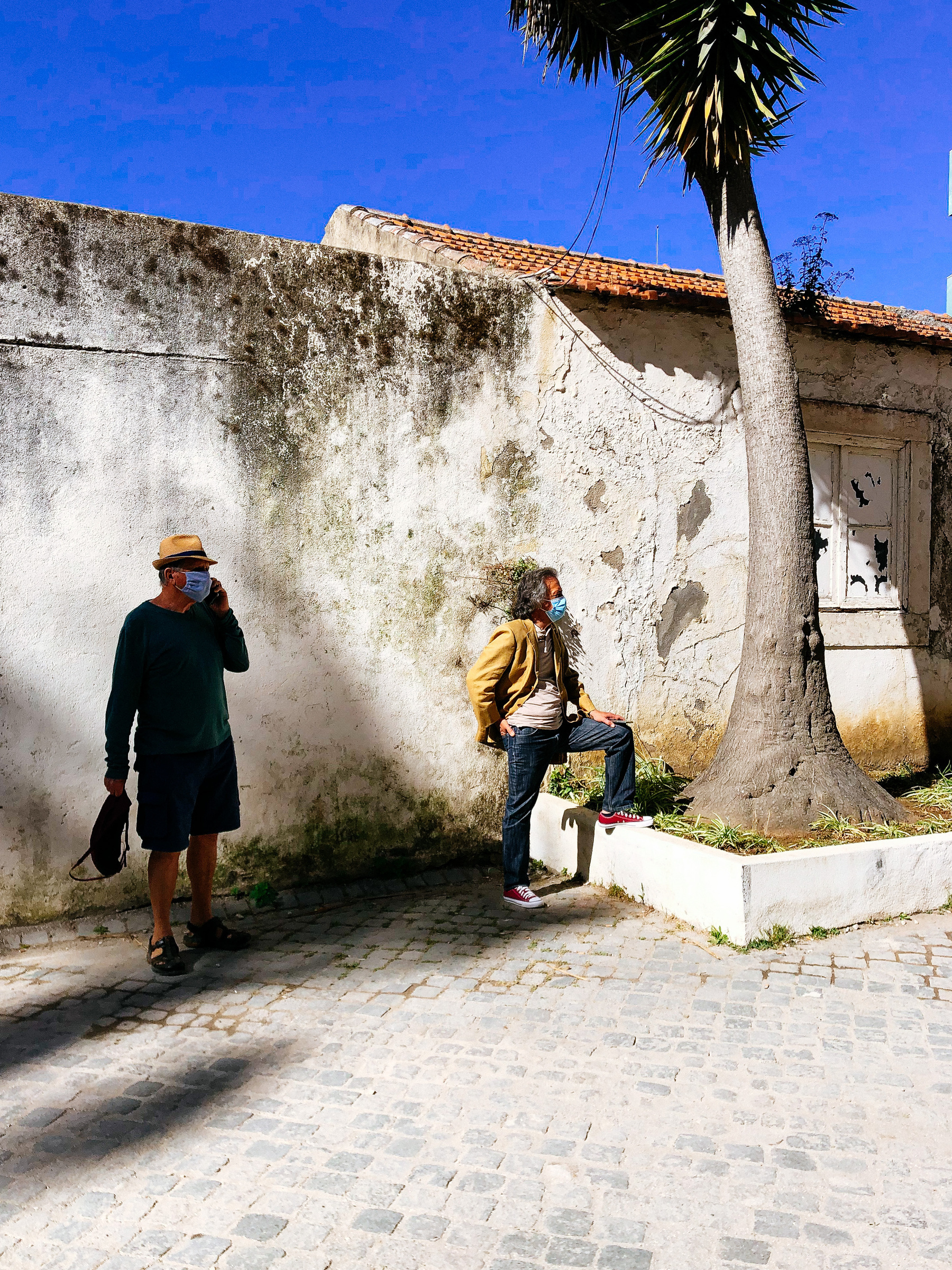 A lot of people were already there. Standing in a line, and scattered around the parking lot, a vacant lot behind the center. Everyone trying to keep a safe distance, behaving. I overheard someone saying we would be called by our names, and soon enough a lady working there came out to the parking lot and started yelling names out. Some were struggling to hear, and she was clearly making an effort to speak as loud as she could.

She would soon give up, “I can’t yell any longer”, and people started gathering around her. There goes the distance. 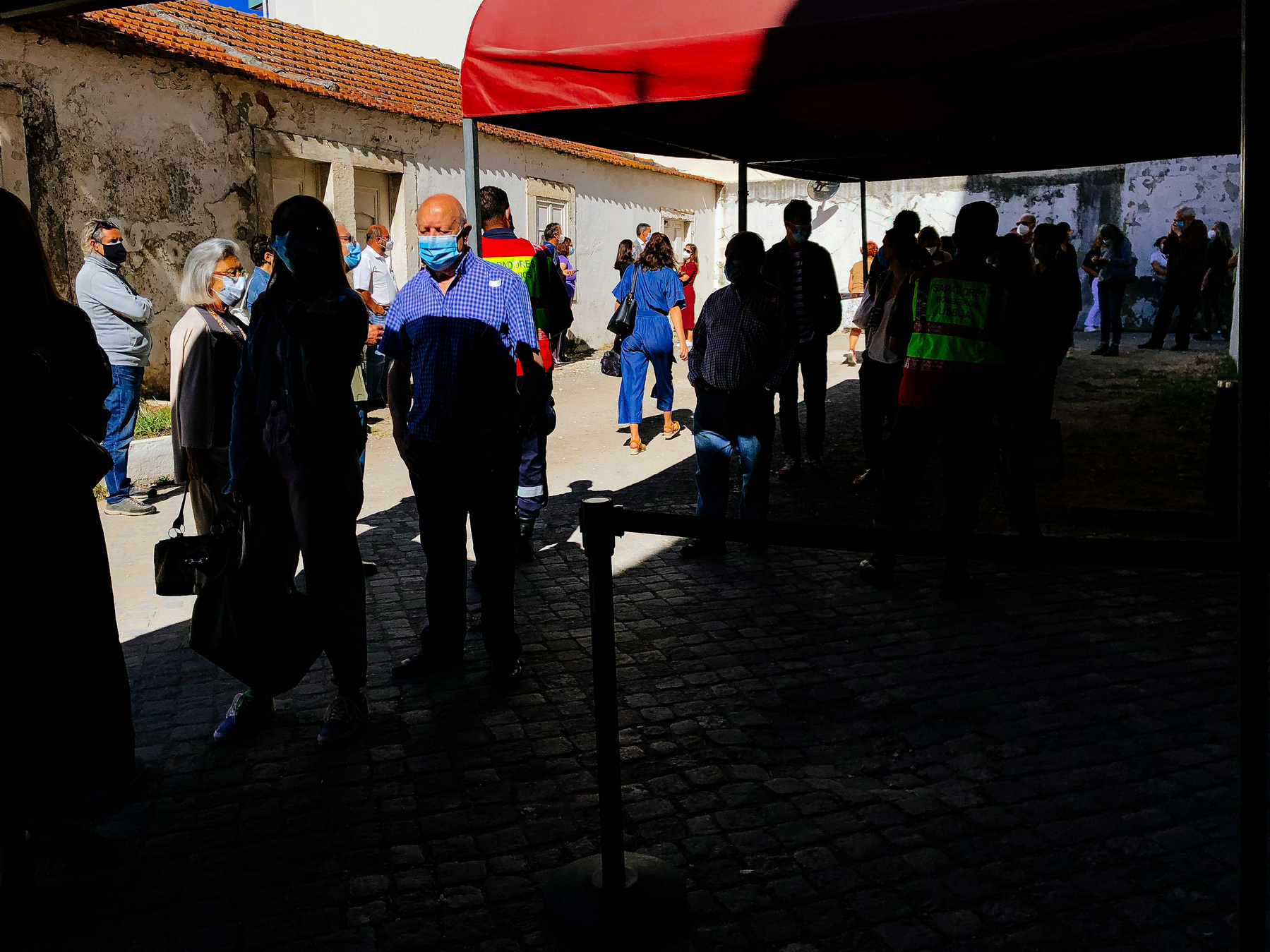 “People who are coming for the second shot, between 9AM and 10AM?”, she asked.

A choir of “What about those with scheduled date, but no set time??”

“Just go stand in that line”

“Those with appointments for first shot between 9AM and 10AM?”

I was in that group, but still a few minutes before my time. I told her my name. She told me my name had already been called. I thought about replying my time was still in the future, and I was very surprised to see things moving along so well in a country where things seldom do, but kept my mouth shut. 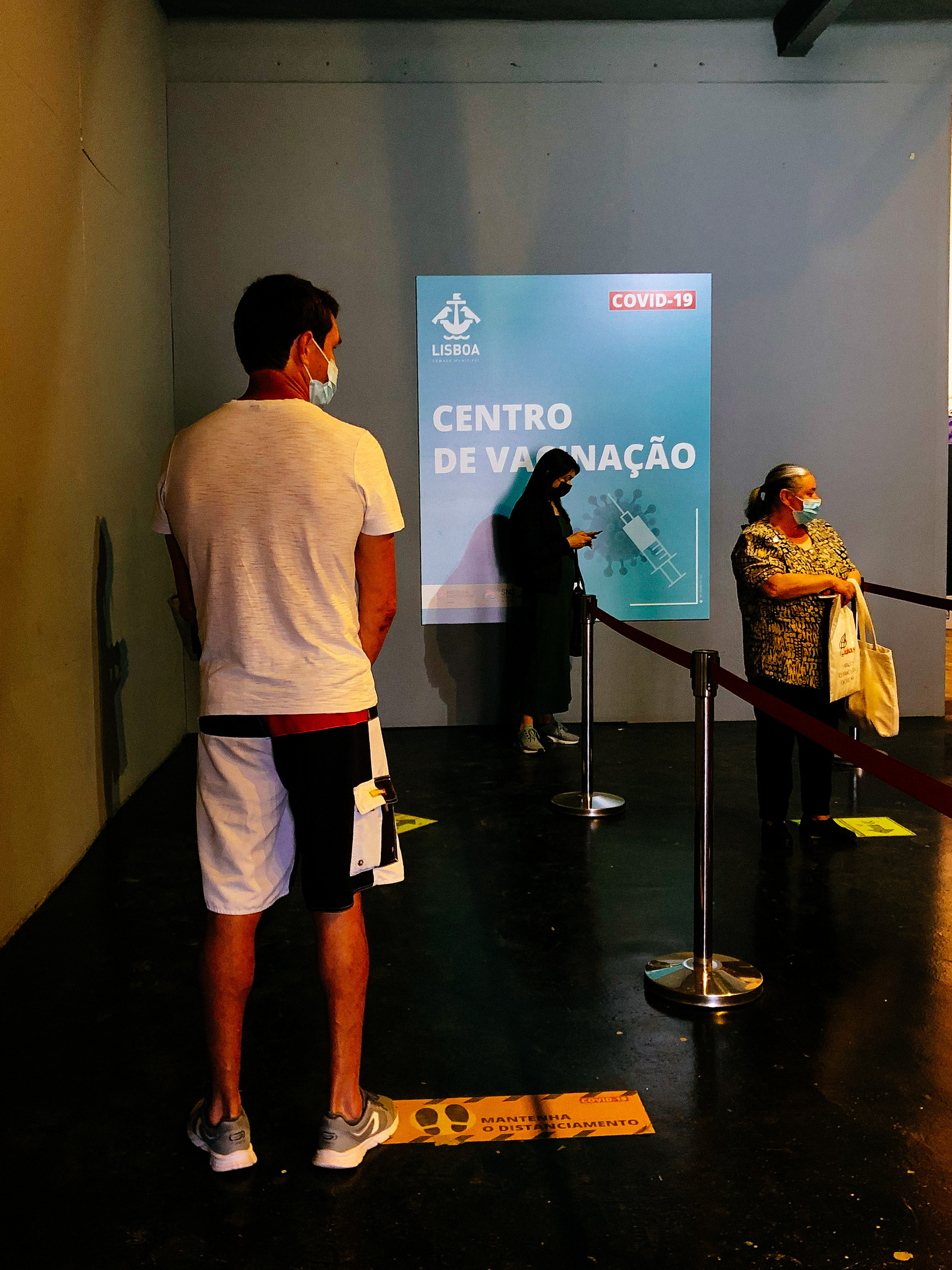 “Stand in that line”

A sticker was placed on my chest.

The line moved, not very fast, but steadily. Got into the building and there were three desks at the reception. One was moving quickly, the other two stuck with the same people for a long time. A British lady was taking a while to process, and a couple of people had some issue at another desk. So this one attendant was going through the line on her own.

A few minutes later I was first in line. Told her my name, she asked if I’ve ever had covid, filled out a card, and gave it to me. I was on Team Moderna. 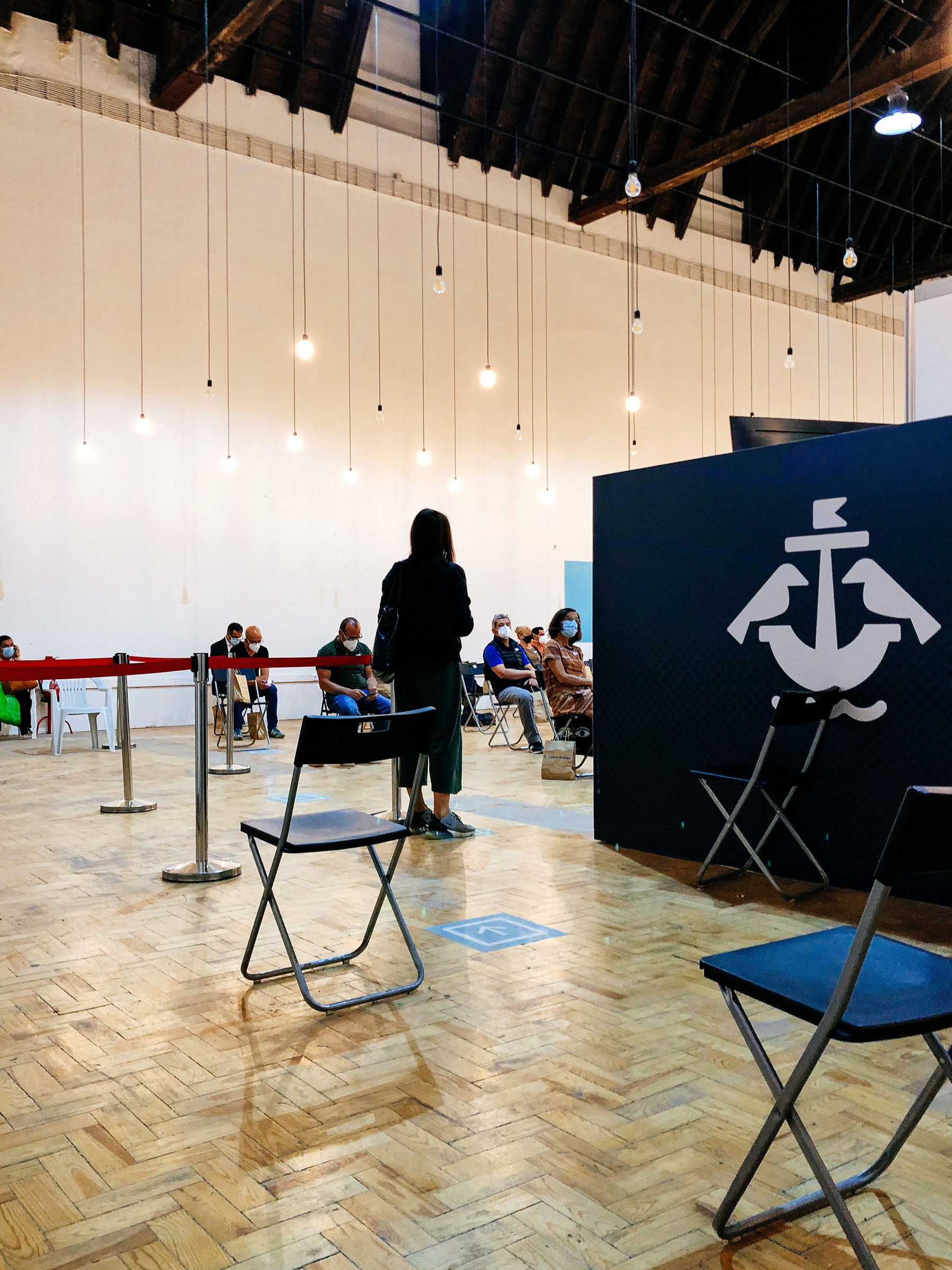 I was shown a chair where I should sit while waiting, there were four of us sitting.

The center is big. Maybe seven booths where you get the shot on one side, and a big area where you have to wait 30 minutes after you’ve had it.

I could see dozens already sitting on that area, rows of chairs filled with people reading a book or, most of them, on their phones. 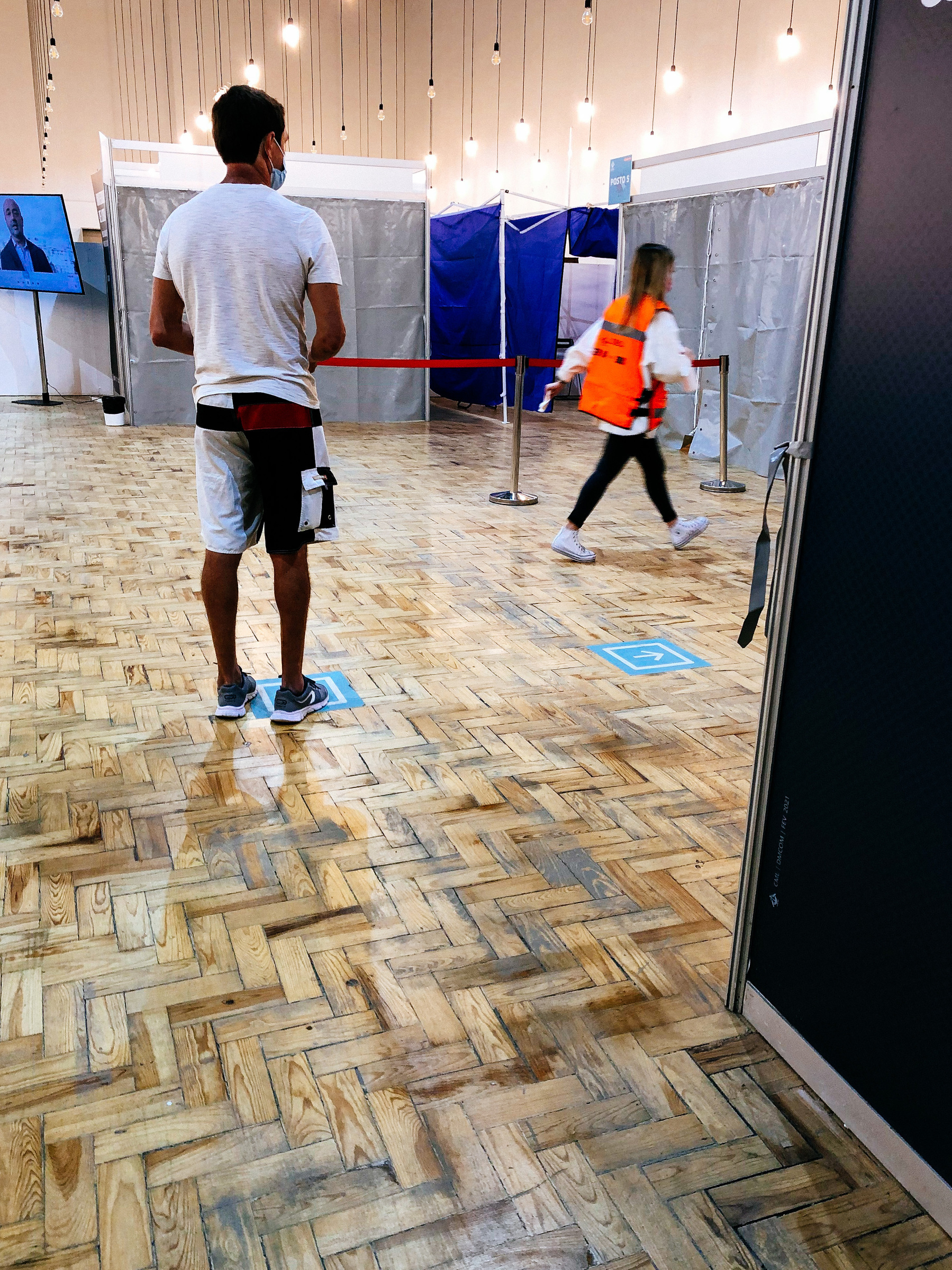 The wait took less than five minutes. I was asked to stand, and directed to one of the booths.

The nurse told me I was getting the Moderna shot, asked my about allergies I might have, made the usual face when I say I’m scared of needles despite having my arms tattooed, and told me to relax. I couldn’t feel the needle. She was good.

Inquired about the certificate I will need to travel, she couldn’t help.

She wrote the time on my sticker, and gave me my card back. 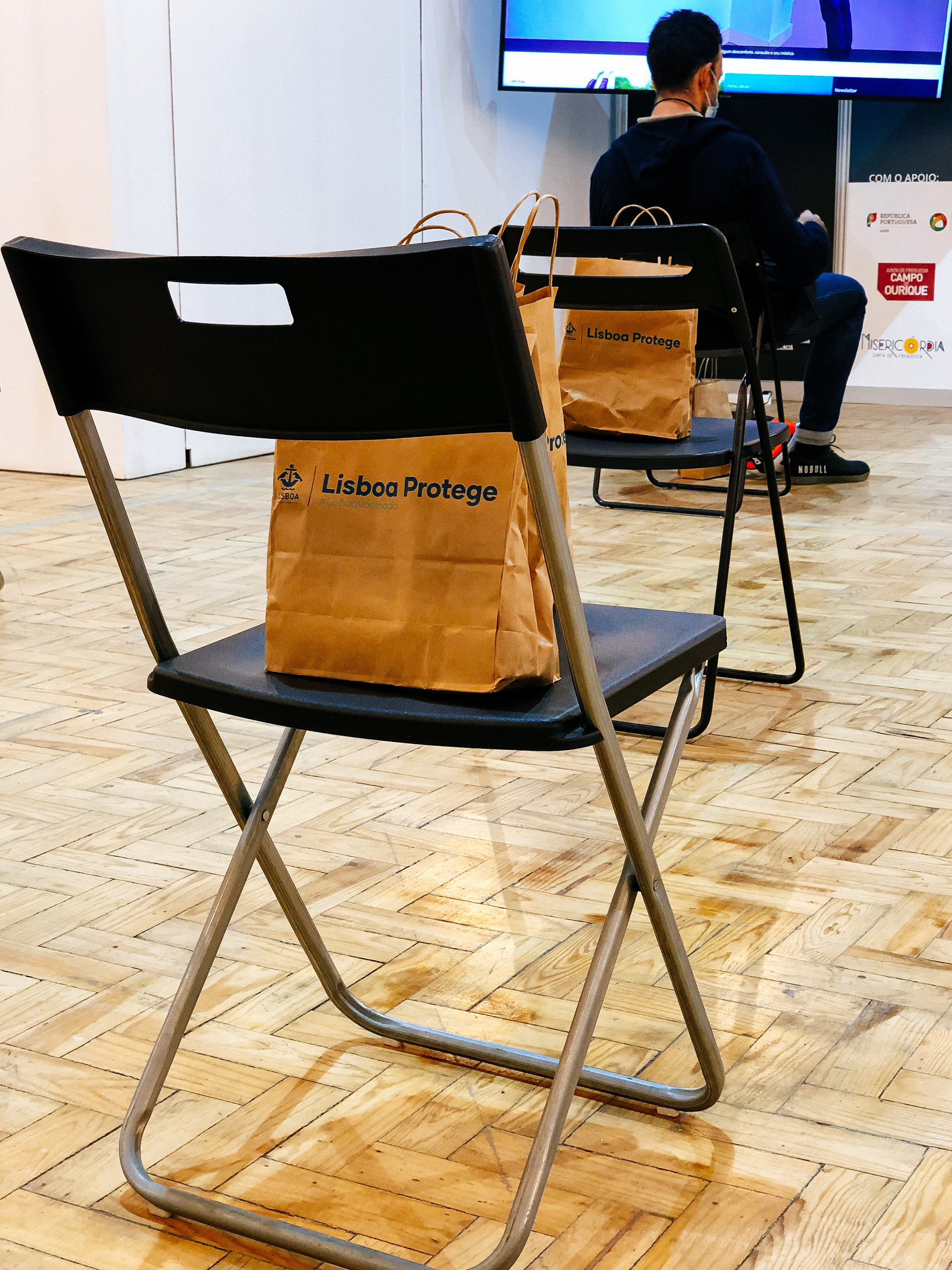 I stood up, and another person showed me to the chair where I would wait before being allowed to leave. There was a bag with a bottle of water and some fruit. No need, left it there, untouched.

Grabbed my phone, read a bit, and soon the time was up. They asked me if I was feeling ok, and as soon as I stood up, the chair was being wiped with disinfectant. 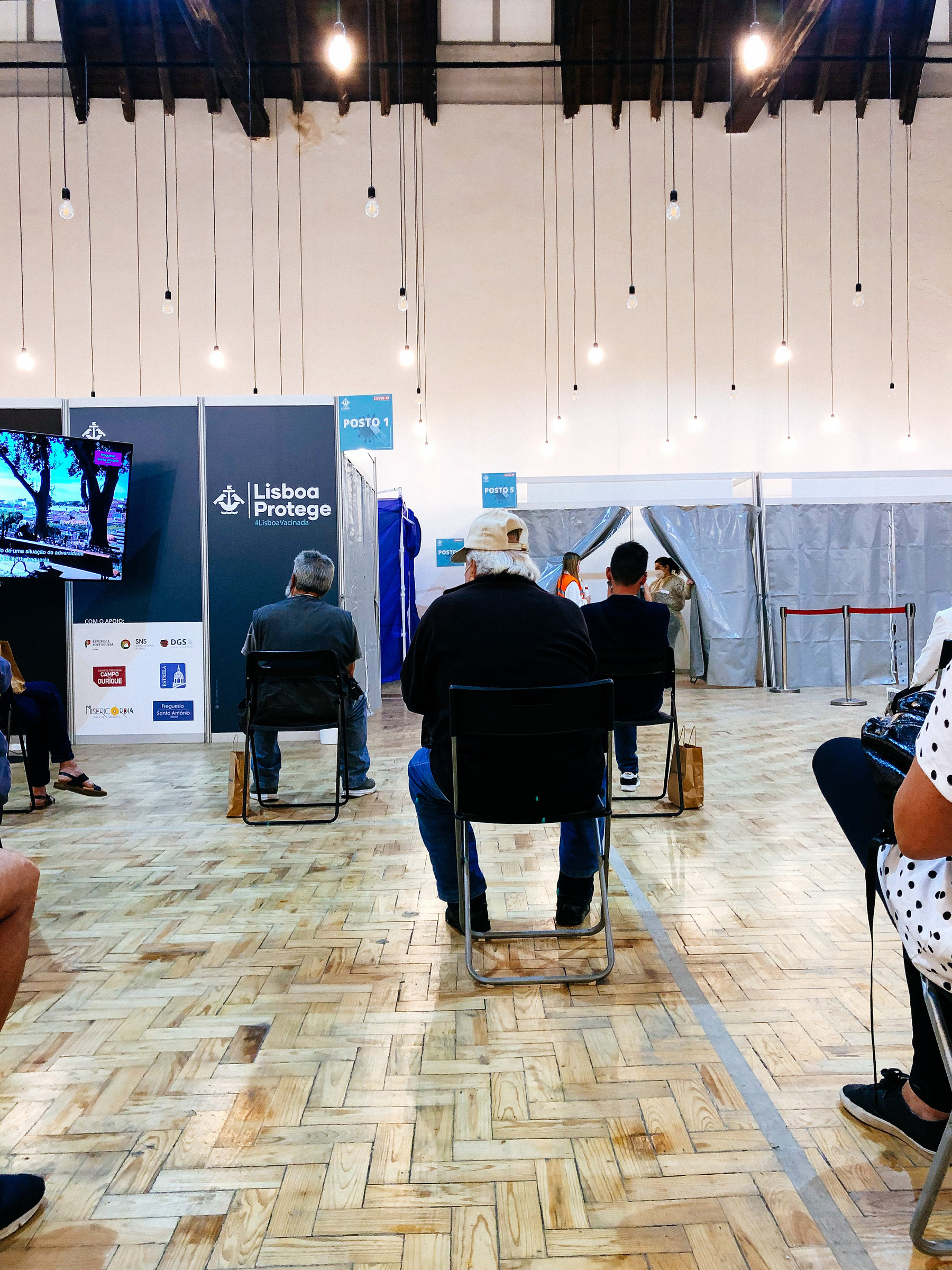 I was happy, and surprised at the smoothness of the whole thing. It was a little messy at the entrance, but still quick, and everything just moved along, despite the incredible number of people going through the process. Everyone was efficient, nice, professional.

I was out of there after a little over an hour, with those 30 minutes of reading included, and the 15 from arriving early.

I was free to join the movieStars at the park.