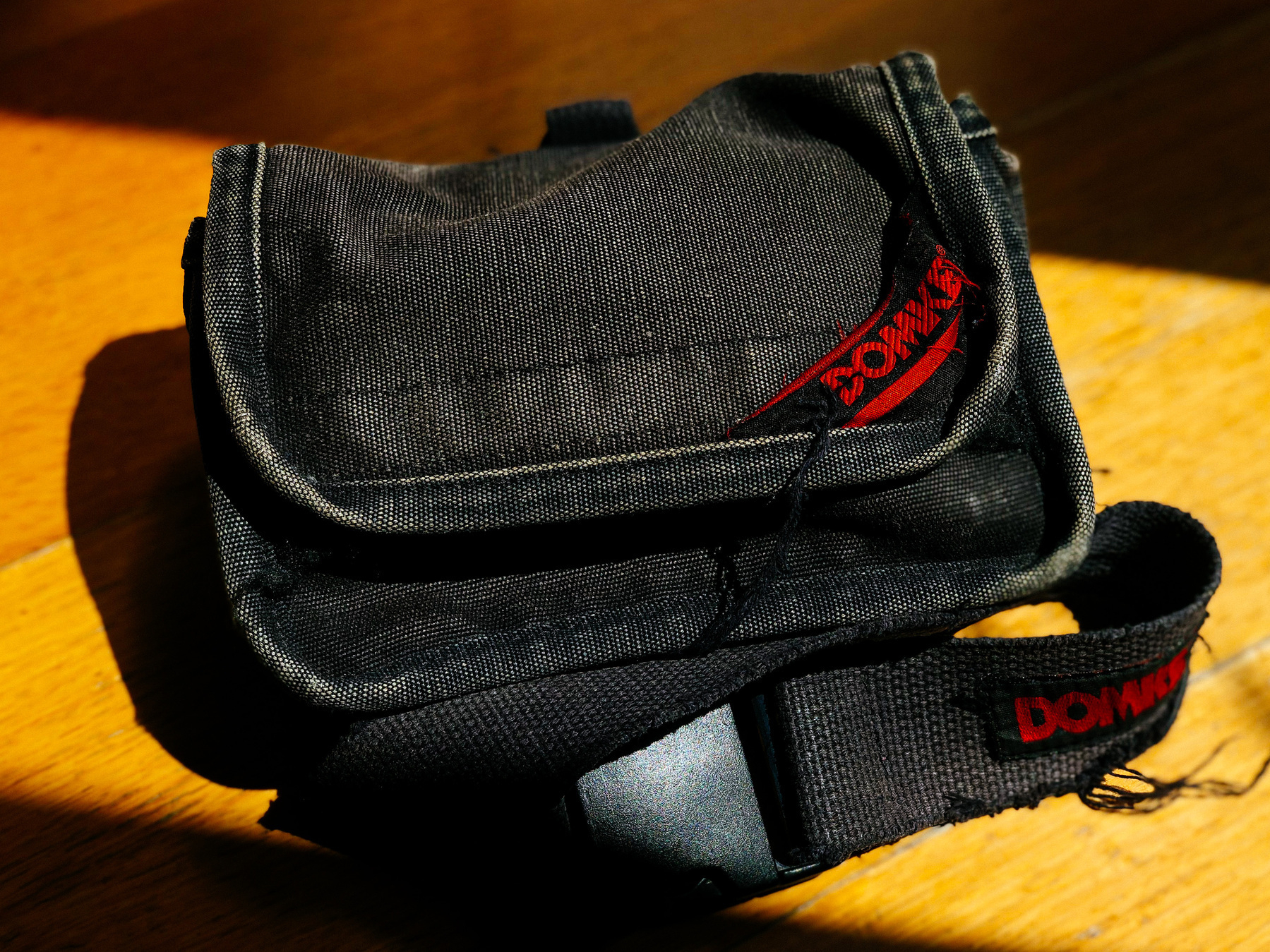 There was a time when every single photographer in town, and pretty much everywhere I met them, had a Domke bag. It was either that or, if you were fancier, a Billingham. That was before a ton of other bags and backpacks showed up, before the slings, the messenger bags, the totes… well, it was a long time ago. If you had cameras and needed serious and reliable protection, you had one.

One thing I loved, and still find it applies, is that products of both these brands look nicer as they get older, and the opposite happens with the newer brands. A decent backpack from a nice brand looks miserable a year later, and the added patina on these just makes them look better.

Anyway, this particular pouch is part of a set of four I got decades ago, with the belt and a camera bag. I’ve gone through other bags since, but the pouches still remain. Every time I’m packing my bags I’ll throw them in, even if I think I won’t need them. Sometimes I won’t use them at all, but I’ve found myself grabbing them from the bottom of the bag, happy that I’ve kept that tradition alive, glad they came along, more than once.

This one has been to a few continents, it’s been rained on, it was left smelling of forest fire a few times, muddy, covered in all sorts of dust. It’s been to palaces, boardroom meetings, shantytowns, and refugee camps. Seen a few presidents in its lifetime, a ton of homeless people, and has literally been to war. It’s gone fishing, hunting, attended a multitude of sports events, and boring meetings more than both of us had wished for. It went through a lot of campaign trails, and election nights. It went to a few movie sets, the opera, the theater, concert halls, music festivals and the odd puppet street performance. It has visited churches, mosques and Hindu temples. It’s been to the Wailing Wall!

It’s been with me for as long as I can remember, and these days it’s used for the coolest assignment ever: carrying baby supplies! It has baby wipes, juice packs and snacks!

Every time we’re out walking, the pouch is coming along.

We’re never too far from home, and it’s probably missing the travel as much as we do, but the mission is the most important it has ever been entrusted with: to keep us going.

I wonder what’s next for this eternal pouch!